Articles
Keeping you up to date!

An Overview of Public-Private Partnership

The purpose of this article is to explain, in general terms, what is a Public-Private Partnership (PPP) and its main characteristics.  Being this a relatively new model, it is essential that we not only present a definition but, establish a contrast with other type of agreements that often tend to be confused with PPP’s.  Finally, in order to assist in the overall understanding of this concept, we will provide an example of a PPP.

A PPP is a contractual agreement between a public sector agency (the transferor) and a government or non-government entity, the latter usually called the operator.

Under this contractual agreement, the sector public agency (the transferor) conveys to an operator the right and related obligation to provide services using infrastructure or another public asset (a “facility”).

Other features found in this type of agreement are:

1.      The public sector agency (the transferor) maintains ownership of the asset that is used to provide the service.

2.      The public sector agency (the transferor) gives the operator the right and obligation related to the provision of services, in exchange for a significant consideration (in the form of an initial payment and/or annual payments during the contractual period).

3.      In relation to point 2 above, the PPP is formed to provide a service to citizens.

4.      The operator collects and is compensated with fees from third parties.

6.      The operator agrees to return the asset (when the contract ends) in the original or a better condition than when it was acquired.  Typically, there should be an agreement of improvements to be made during the life of the contract.

In addition to forming a PPP to offer services to citizens, a PPP can also be established to build and operate a facility or project considered a high priority to the government (whether due to the urgency, need, or convenience of its citizens).

The Puerto Rico Public Alliances Authority is the entity in charge and responsible for implementing the public policy for the establishment of public-private partnerships in Puerto Rico.

Considering points 1 to 6 (above), it is important not to confuse a PPP with a lease, a privatization, and/or an external contract agreement.  Overall;

-          Under a lease agreement, one of the parties yields to the other the temporary use of a thing, movable or immovable, for a certain amount of money.  Unlike a PPP, in a lease the lessee does not enter into an agreement with the obligation related to the provision of services to the public, nor does it give significant consideration (in the form of an initial payment and/or annual payments) to enter into this type of agreement.

-          In an external contract arrangement, the relationship between the government and the contracted entity is like that of a buyer and a seller, and the arrangements are generally short term (a typical term for this agreement is “outsourcing”).  The risk and responsibility for the provision of the service remains largely on the government (the right and obligation related to the provision of services to the public is not assigned).  Typically, the government can directly compensate the provider of the services (under a PPP, the public sector agency receives significant consideration in the form of an initial payment and/or annual payments).

On July 24, 2012, the PRPA (under a formal written agreement) granted a non-governmental operator the right to operate, manage, maintain, improve, develop and rehabilitate the LMMA, and the right to collect and withhold all fees, charges and income within this facility.  The term of the Lease Agreement is forty (40) years.  The PRPA received an initial payment from the non-governmental operator, and receives and will receive annual payments throughout the contract period.

If you wish to attain a better understanding of this topic, I recommend the accounting statement issued by the Government Accounting Principles (GASB) Board, which governs this type of transaction GASB No. 60 “Accounting and Financial Reporting for Service Concession Arrangements”, as amended.
Back to Articles 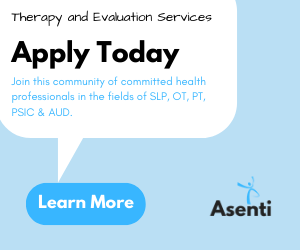 If you would like to advertise in this space, please contact us at 939-545-2887 or email us at
ads@bisitme.com

What are the 5 Dynamics?